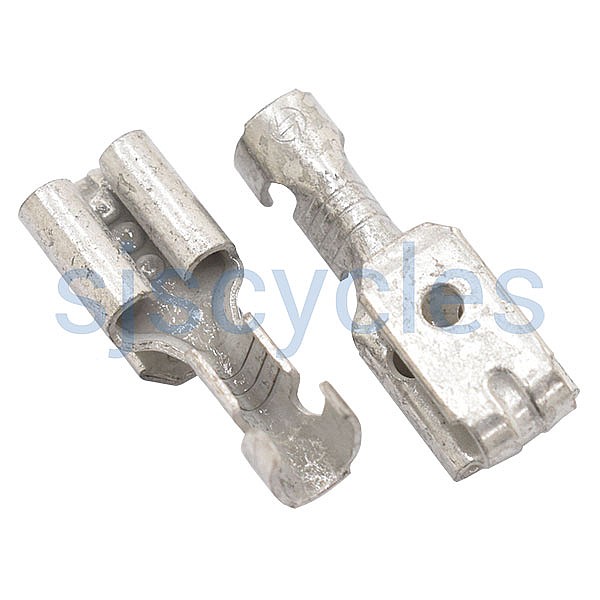 As the connection is made at the hub this means that the total output of the hub is split between the lighting circuit and the charging device.

This means that with lower power hubs- such as the SON Deluxe- for maximum brightness you should disconnect any devices plugged into the charger to allow for more power to be sent to the lights.

For faster charging, turning off the lights will aid in sending more power to the charging device.

Piggyback connections are hard-wired into the front light- which is usually the most permanent part of the bike, with the male spade being left ready for a quick connection to a charging device.

Piggybacks are simple to use, very cheap, and work on any SON hub which uses spade connections.

The downside however is that when compared to using a coaxial junction box this solution isn’t quite as tidy- however, it is arguably easier to set up and easier to fix and alter when on tour in the unlikely event that a connection stops working.